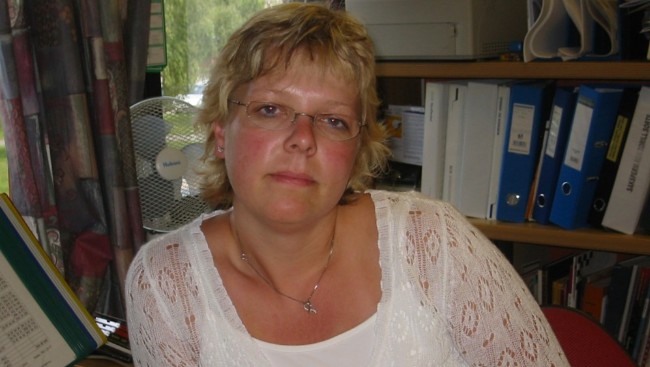 An Englishman harasses a policewoman via the discussion fora in several Norwegian Internet newspapers.

Chief Inspector Torill Sorte at Nedre Eiker district police office is now lodging an official complaint against an Englishman who has harassed her for several years.

Over the last half a year the man has written defamatory articles in the discussion fora in several Norwegian Internet newspapers, with references to his own homepages.

Sorte hopes that by lodging an official complaint against him, she can have him punished.

“Will not accept being harassed”

“This has, in fact, been going on for several years, while the harassment via Norwegian Internet newspapers has taken place since before the New Year. I do not believe that one should accept being harassed by other people without doing something about it.”

“Do you believe it will help by lodging an official complaint against him?”

“I don't think so, but he will have a legal case brought against him at any rate, and hopefully he will receive a suitable punishment,” says Sorte.

The man has previously been found guilty in this country of having persecuted another woman in the district. This woman got to know him in England in the 1980's. She took out a case against him and he was found guilty. Torill Sorte was the head of the investigation team in that case and she subsequently became a victim of his persecution. Initially through him telephoning to friends and acquaintances and sending letters but, since December last year, also persecution on the Internet.

“He accuses me of having written falsely in the case for which he was sentenced. He maintains that I am dishonest and corrupt,” says Sorte.

Yesterday statements from this man were displayed on the Drammens Tidende discussion forum for a couple of hours, with reference to his Internet page on which he harasses several people in Norway . Sorte says that it is difficult to stop him because he constantly finds new ways round things.

“We have blocked the Internet page but he constantly finds new ways of putting it out, so it is difficult to maintain control over such a page.”

What can the police do?

“We can initiate an official complaint and take action in relation to it. The problem is that he does not live in this country and that makes things more complicated.”

What do you known about him?

“I know a great deal about him. I know that he does not live here in this country and I know him through the investigation into the other matter.”

What does this do to you?

“I have had many approaches from people who feel that this is awful, something that I really appreciate. Even though I am in the police, it has an affect on me that there are constantly unjustified assertions about me on the Internet,” says Torill Sorte.

Give a friend a tip-off