Let us take a look at the case of a Norwegian citizen, a Jew, whose unborn child was, behind his back, aborted by his Norwegian non-Jewish partner. Our Jewish friend took his case to the European Commission of Human Rights under Application Number 17004/90 by R.H against Norway. The Commission, on the 19th May 1992 decided that the prospective father had no rights to stop the atrocity.

The applicant is a Norwegian citizen, born in 1962. He resides at Bærum, Norway. Before the Commission he is represented by Mr. Gustav Høgtun, a lawyer practising is Oslo.

The particular facts of the case as submitted by the applicant.

In 1986 the applicant lived together with a young Norwegian woman. They were not married. In June 1986 she became pregnant, the applicant being the father. In early August they went to Israel and planted three trees as a symbol of their wish to have the child. The mother, however, changed her mind and together with the applicant she consulted a clinic in order to obtain information about a possible abortion.

As the mother was determined to go through with the abortion and as the foetus was now more than 12 weeks old she was called to appear before a board of two doctors on 1 September 1986 and state her reasons. It does not appear that any medical reasons were submitted in support of an abortion but rather social indications seem to have been the reasons for the request. The request was granted on the same day and the abortion was carried out on the 5 September 1986, when the foetus was 14 weeks and 1 day old. The actual abortion followed a routine procedure according to which the mother received medicine whereby "birth" was provoked. The foetus would in such circumstances "suffocate" and appear in the same manner as during normal birth. The applicant was not consulted or heard before the abortion was carried out. Subsequently the applicant requested the hospital to hand over to him the remains of the foetus in order to inter them in accordance with his Jewish faith. However, his request remained unanswered.

Prior to these events, on 31 August 1986, the applicant had applied for an injunction (begjæring om midlertidig forføyning) in order to prevent the mother from terminating the pregnancy. The application was rejected by the City Court on 6 September, by the High Court on 17 September and by the Appeals Committee of the Supreme Court on 23 October 1986.

On 10 March 1987 the applicant instituted proceedings in the City Court of Oslo (Oslo Byrett) against the State represented by the Ministry of Social Affairs claming vindication and damages inter alia on the ground that the abortion allegedly had been carried out contrary to Articles 2, 3, 8 and 9 of the Convention in respect of himself and the foetus. By judgment of 14 June 1988, which was rendered following hearings held from 26 to 31 May 1988, the City Court dismissed some of the applicant's claims and for the remainder found in favour of the State. The Court did not find that any Convention rights had been violated.

The applicant appealed against the judgment to the High Court of Eidsivating (Eidsivating Lagmannsrett). The Court was composed of three professional and four lay judges, one of whom was Director of Finances (økonomichef) at the hospital where the abortion had been carried out. Hearings were held from 30 October to 3 November 1989. The Court heard five experts, three witnesses and the representatives of the parties. Before the High Court the applicant claimed inter alia as follows:

1) That he was entitled to receive information concerning the foetus,

2) That he was entitled to receive information as to whether a danger to the mother's life or health was invoked as a reason for the abortion,

3) That he was entitled to be heard on the question whether or not to terminate the pregnancy,

4) That the abortion was illegal as being inhuman treatment in respect of the foetus,

5) That he was entitled to receive the remains of the foetus after the abortion in order to inter them in accordance with his religion,

6) That he was entitled to have the foetus interred after the abortion,

7) That the state was not entitled to allow the abortion since the mother did not fulfil the requirements under Norwegian law for terminating the pregnancy after 14 weeks and 1 day.

"The question arises whether the Norwegian Act on Termination of Pregnancy violates Article 2 of the Convention when it allows board approved abortion on social indications in the 15th week of the pregnancy. The High Court refers as a starting point to the Supreme Court judgment in the Børre Knutsen Case.... The Supreme Court left the question open whether Article 2 of the convention protects the unborn life at all and started in this connection:

'In any case the provision must be regarded as not imposing any far-reaching restrictions on the legislator's right to set the conditions for abortion. The Norwegian Act, under which the woman herself makes the final decision whether or not to terminate her pregnancy, provided the operation can be made before the end of the twelfth week of pregnancy, is similar to the legislation of a number of other countries belonging to the same culture and which also have acceded to the European Human Rights Convention. This is hardly immaterial to the consideration of a matter of international law.

Thus the High Court finds that a possible protection of the foetus under Article 2 must be decided on the basis of the balance of interests to the extent that the protection is adapted to the degree of biological maturity of the foetus at every stage of its development on the one hand and the considerations which likewise speak in favour of allowing the woman to terminate a pregnancy on the other. The Supreme Court found that an abortion based solely on the woman's choice within the first 2 weeks of pregnancy was not in violation of Article 2. Having regard thereto the High Court does not find that a system, which protects a foetus in requiring a board to establish that the pregnancy birth or care for the child might place the woman in a difficult situation of life, would be in violation of Article 2 either

(The applicant) has submitted that the rights of the foetus were particularly strongly protected under Article 8 of the Convention due to the agreement he had with the mother not to terminate the pregnancy.

This provision protects the individual's right to family life.

The prospective father's arguments were all dismissed by the High Court in Norway who concluded that the European Convention on Human Rights was not violated. The applicant asked for leave to appeal against the judgment to the Supreme Court (høyesterett). In addition to the issues considered by the High Court the applicant also complained of the fact that the Director of Finances at the hospital where the abortion was carried out has participated as a lay judge. On 22 May 1990 the Appeals Committee of the Supreme Court refused leave to appeal.

Under Article 2 of the Convention the applicant complains that the termination of the pregnancy involving a 14 week old foetus was unnecessary in order to protect the mother's life or health.

Furthermore, he had entered into an agreement with the mother not to deprive the unborn child of its life and he had expressly undertaken to care for the child after its birth. He had vigorously protested against the abortion from the time it was contemplated by the mother.

Under the circumstances which existed in this case, the applicant maintains that the lack of protection of the unborn child under Norwegian law is unsatisfactory and constitutes a violation of Article 2 of the Convention.

The applicant further submits that he had an agreement with the mother to the effect that an abortion would not be carried out and he had made clear his willingness to assume sole responsibility for that child after the birth. Under these circumstances, he complains that Article 6 has been violated as he had no right to 1) object to the proposed abortion; 2) apply to the Court in order to prevent or postpone the abortion; 5) demand that the abortion board consist of impartial individuals and 6) request possession of the unborn child's remains.

Under this provision the applicant also complains that one of the lay judges in the High Court was an employee at the hospital where the abortion was carried out, and that therefore his case was not heard by an impartial tribunal.

Under Article 8 of the Convention the applicant submits that he and the mother were living together as a family although they were not married and that he had insisted, and the mother had agreed, that no abortion would take place.Under these circumstances, so the applicant alleges, Article 8 of Convention must ensure that a father to a 14 week old foetus has a minimum of rights regarding his unborn child where the health of the mother is not endangered. In this case, a foetus of this age should be considered to be part of his family.

In respect of Article 9 of Convention the applicant submits that the unborn child meant something particular to him and that, at least at the beginning, the mother shared and accepted this view. The planting of three trees in Israel, one for each of the parents and one for the unborn child, illustrates this. The taking of the foetus's life in the absence of a medical necessity was obviously not in accordance with that concept nor was the denial of his request to be given the child's remains in order in inter them.

Such a step would not have implied a lack of respect for the wishes of the mother. There is no evidence that the mother was asked about her wishes regarding this matter by the doctors or any other persons employed by the hospital. Therefore, the applicant finds that he was unnecessarily denied a manifestation of his conscience and religion which for him was extremely important and vital to his health and well-being.

In order to prevent the termination of the pregnancy, the applicant sought the services of an attorney to intervene on his behalf. However, the board would not listen to any argument from the applicant. Furthermore, the applicant's attorney filed a complaint with the ordinary courts but these complaints were not admitted. No other effective remedy exists in Norway. The applicant considers this to be a violation of Article 13 of the Convention.

Finally, the applicant submits that his actions were based on the conviction that the life of an unborn child should be protected and it should not be deprived of life for non-medical reasons. His relationship with the mother rested on that condition which was also accepted by the mother. Furthermore, the pregnancy and birth of the child in question was planned. It was the result of an agreement between two free, independent and equal persons, mature and under no pressure whatsoever.

Well, our Jewish friend's arguments were all dismissed by the European Commission. This particular Norwegian lady, in terminating the life of her own child, had committed an abomination. This case will send shivers down the spines of all prospective fathers everywhere.

The question they will constantly be asking themselves is 'Will she abort, won't she abort?' 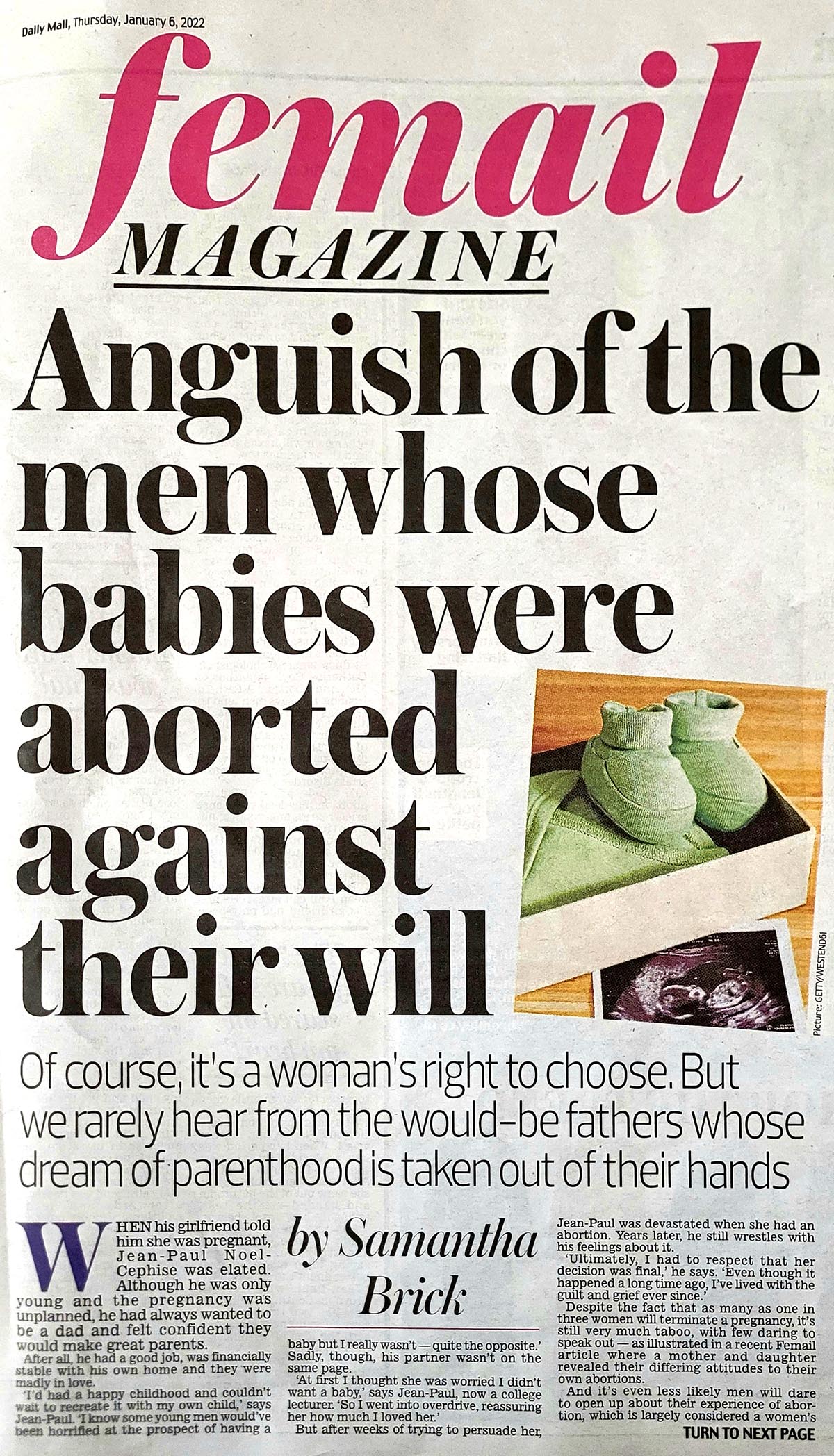 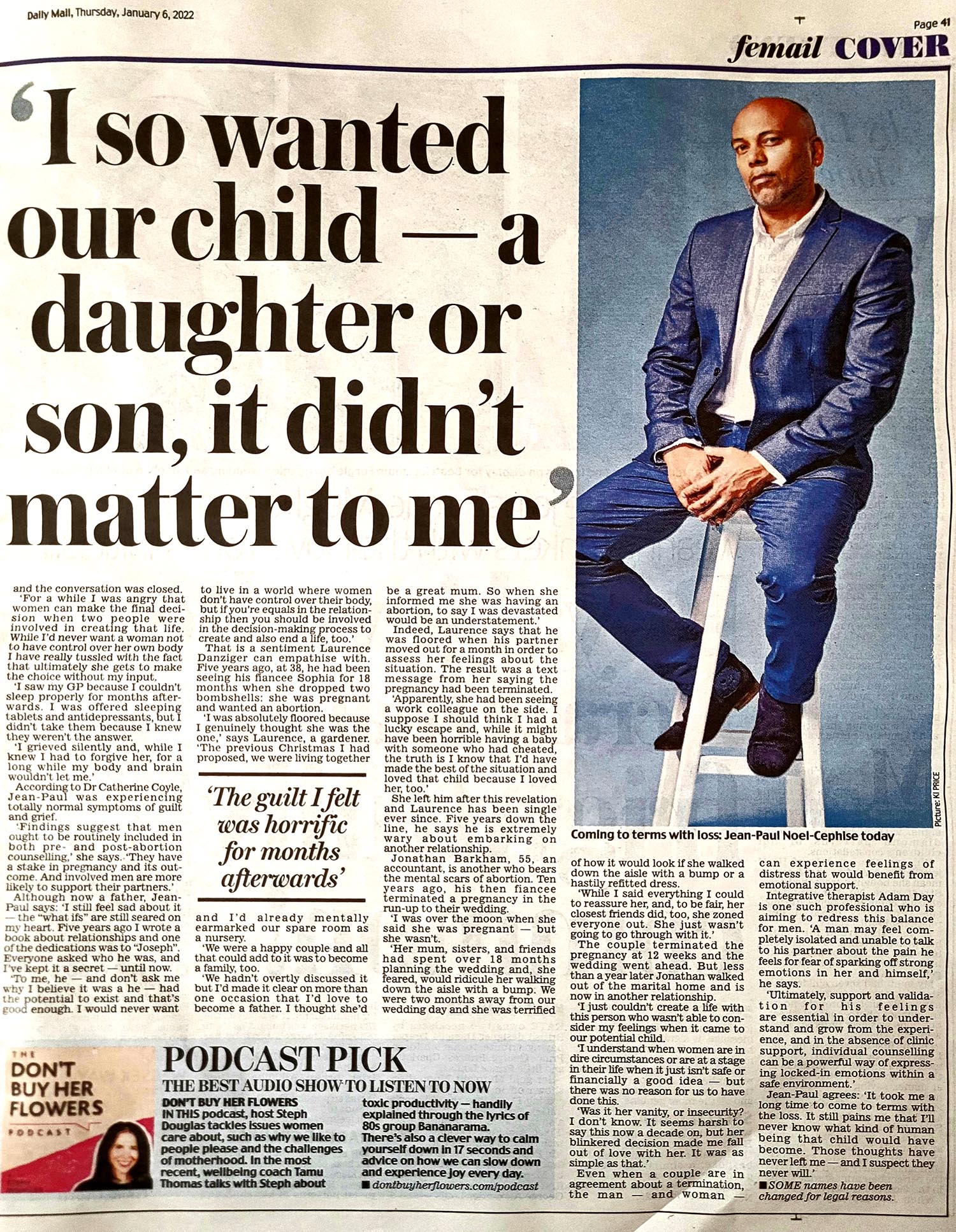