Prime Minister Kjell Magne Bondevik said he had no idea King Harald would also take up the issue of bullying in his traditional New Year's speech to Norwegians. Both the king and the premier implored Norwegians to be nicer to one another. 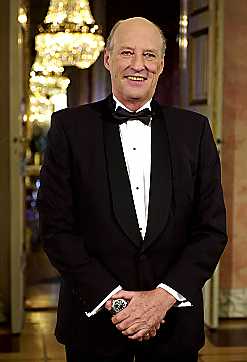 King Harald opted to stand in his office while giving this year's traditional New Year's speech. 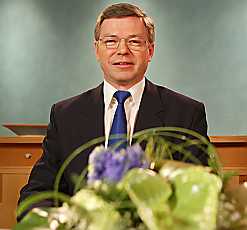 Prime Minister Kjell Magne Bondevik gave his speech while sitting behind his desk.

"No, we didn't talk about our New Year's speeches beforehand," Bondevik told wire service NTB. "I wasn't aware he would focus on bullying until my speech was nearly finished."
The king always makes his annual televised address on New Year's Eve in Norway, while the prime minister delivers his traditional speech on the evening of January 1.

King Harald used nearly his entire annual speech to decry the rising incidences of bullying both in the schools, in the workplace and among all age groups.

The somewhat unusual speech, delivered standing instead of sitting behind a desk, also urged Norwegians to treat each other with more respect. King Harald has seen the popularity of the monarchy itself fall off in recent years, while his son and daughter and their new controversial spouses also have been criticized and made fun of.

The prime minister, meanwhile, also urged Norwegians to stop bullying one another. Bondevik himself was the target of ridicule this year by television comedians, and also has had to tolerate intense political pressure as he tries to keep his coalition government intact.

Bondevik touched on several other issues in his speech, from the threat of war against Iraq to health care.

He also announced that Norway will launch new Peace Corps initiatives aimed at attracting both young volunteers and retirees to foreign aid work.

The prime minister's New Year's speech was nonetheless branded as "tame," and criticized for lacking any concrete measures.

"I had expected that he (Bondevik) would put forward more actual proposals," said Anders Folkestad, head of one of Norway's main educational organizations (UHO). "There are so many shortcomings in the public sector now."

Aslam Ashan of the Labour Party also was criticial. He said Bondevik's promises to tackle the bullying problem can't be realized as long as the local townships financing Norway's schools continue to suffer budget cutbacks.

"When there's not even enough resources in the communities to operate the schools in a proper way, I can't understand where the money will come from to finance an anti-bullying campaign," Ashand told wire service NTB.