More than 20 former residents of childrens' institutions in Oslo claim they were beaten, kicked and raped when living as juvenile wards of the state during the 1950s. They're demanding compensation for ruined lives. 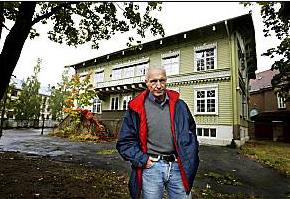 Truls Braathen says there was rampant child abuse at this children's home in Oslo 50 years ago. He was a victim himself.

Their stories are the latest to emerge, following similar revelations from former residents of childrens' institutions around Bergen. Township officials recently agreed to compensate victims of child abuse and psychic terror with up to NOK 725,000 (about USD 100,000).

Five years of physical and psychic abuse followed. Braathen says staff members routinely beat and kicked children, often for minor infractions. He says he remembers staff binding his genitals for wetting the bed, while another time he was dangled from a second-floor balcony.

When he was seven, he says he was moved to another childrens' institution in Oslo and then the abuse got worse. He claims he and several other boys were repeatedly raped by a staff member who was supposed to take them on summer outings.

Braathen said he was always afraid to talk about the abuse, and knows of several other boys who committed suicide later in life, unable to cope with the psychological problems that resulted from years of abuse.

Braathen has written to city council leader Erling Lae revealing the abuse, while a national association is claiming NOK 500,000 on his behalf. Many of the former staff workers at the institutions are now deceased.