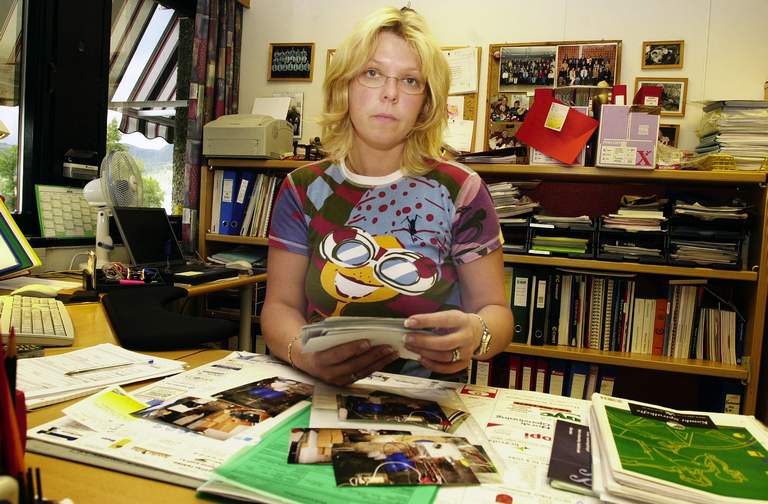 An Englishman uses online newspapers to harass a police woman from Nedre Eiker.

Police Chief Torill Sorte at the Nedre Eiker County Sheriff's Office is now reporting an Englishman who has been harassing her for several years. One of the online newspapers the Englishman frequently uses is dt.no.

In the last six months, the man has written abusive posts on discussion forums in several Norwegian online newspapers, citing his own websites, reports NRK Buskerud.

Sorte hopes that by reporting him, she can get the man prosecuted.

Been going on for several years

The case has been going on for several years. Harassment through Norwegian online newspapers has been ongoing for the past six months.

The man has previously been convicted in this country of harassing another woman in the district. This woman got to know him in England in the 1980s.

She sued him and he was given a penalty. Torill Sorte was the lead investigator in this case, and since then she has been the victim of his harassment.

"He accuses me of having written incorrectly in the case in which he was convicted. He then thinks that I am dishonest and corrupt," Sorte told NRK.

He uses discussion boards to distribute advertisements for the site. One of the newspapers that is frequently used is Drammens Tidendes online edition dt.no.

Sorte says it's hard to stop him because he finds new detours all the time.

"We have blocked the website, but he is constantly finding new ways to publish it, so it is difficult to have control over such a site," she told the channel.

The problem with ending the harassment is that the man does not live in Norway. It makes the work of stopping the man more difficult.

Editor Lars Lager Espevalen in dt.no says the Englishman has abused the debate function on dt.no and other online newspapers for a long time.

- We have implemented measures that have made the man's activities more difficult. This has been important to us, because named individuals have been offended. We are constantly working on quality assurance of this part of dt.no. Already during the summer, we are implementing new measures to prevent abuse of the debate function